The Shearwater Two made its first voyage out of the harbor of Princeton, just outside Half Moon Bay, California. The voyage was a success, and much to my surprise, no search and rescue crews were needed. Soon after this maiden voyage, the boat sailed from Princeton, California, to Fishermen’s Terminal, in Ballard, Washington, just north of Seattle. For northern California, the Shearwater Two was one of the “big boys,” bigger than most boats and inspiring some awe wherever it sailed. In Fishermen’s Terminal, home to much of the Alaska fleet, the Shearwater Two became noticed as a “cute little boat” when viewed next to the assortment of king crabbers, trawlers, and factory processors that make Ballard their home during layup.

Taking up a slip toward the outer end of one of the commercial decks, the Shearwater Two shared its new home with a collection of fifty to seventy foot commercial fishing boats, one prominently sporting a large sign, “female deck hand wanted, teeth optional”. I was also apprised by the harbor staff that someone was cooking and eating the Canadian geese that frequented the local waters on that dock. Should that be me, the continued predation would not be tolerated. I assured them I never met a goose I didn’t like. My comment seemed to concern them, and they asked to know what exactly I meant by “like.” I decided the hole was already deep enough, so I should quit digging.

With the boat now in Seattle, there was no longer a need to spend any time in California. The place was getting kind of stuffy anyway, with all of the new people and money flooding into Silicon Valley to graze upon the ballooning business boom. Seattle seemed like a great place to live anyway, with weather so dismal that they had to come up with an illness, SADS (sun deprivation syndrome), just to account for how bad it really was. As I prepared to leave, I decided one last trip to Santa Cruz was in order, to bid an official farewell to the harbor in which I had learned to commercial fish and to honor the deplorable harbor entrance that had tried to kill me several times.

There is a restaurant at the harbor entrance called the Crow’s Nest. They have an outdoor seating area facing the sand choked harbor entrance. It is a place right at the edge of the sand that, in the evening, is often deserted thanks to the usual late-afternoon cold wet fog and chilly stiff breeze. As a result, I have always enjoyed its privacy. My kind of place! As I sat there alone, kind of bidding a fond farewell to this stretch of ocean, I noticed two women had exited the restaurant and taken a table not far away. I viewed it somewhat unusual but didn’t give it much thought.

Having been single for some time and enjoying the freedom, I was careful to give women a wide berth. Soon after, two guys came out of the restaurant and joined the women at their table. I decided to have one more glass of red wine; the old Italian fishermen in Santa Cruz, the Ghios’ 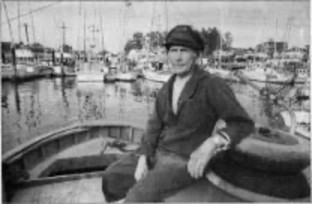 Castinola’s, Canepa’s, and Stagnaro’s had taught me that to be a true commercial fisherman you had to drink cheap red wine. It “made the fishing better and the seas calmer,” they would say, so I hiked inside to get another glass. While I was waiting at the bar, one of the two women that had been outside walked up and introduced herself, “Hi, I’m Debby.” This was a very pretty woman, and I am always suspicious of pretty women for a whole variety of reasons, but I also believe they should be “heard out,” so I thought carefully about my reply, and returned the craftily worded rejoinder of “Hi”. Debby took that as her queue and went on to explain that she and her friend went out on the deck to get away from two annoying guys that were hitting on them, but that the guys followed them outside. Debby explained, “I was hoping that you would help us out by pretending to be my long-lost ex-husband that I just ran into at the bar here, and you and I could have this big reunion and chatty conversation that would succeed in driving off these guys”. Damsels in distress, dang, my weak spot, again! Without any need for further coherent thought I said, “I can do that!” We went back outside, and I pulled up a fifth chair. At that point, Debby and I commenced an excited and animated conversation about how long it had been since we had last seen each other. She asked how the kids were doing, and I assured her that her kids were doing great and that it was too bad she never got to see them, being their mother and all, and that we should try to hang out more because it is so easy to lose track. The conversation was just ad-libbed as we went along, departing on one wild tangent after another.

The two-man raiding party looked distraught. Sensing that the moment of opportunity had passed, the two guys hastily departed in disarray for greener pasture. Upon their departure, Debby offered to buy me another glass of wine as thanks for the assist.

While this was transpiring, Debby’s’ companion, a positively stunning beautiful blond woman seemingly in her thirties, not knowing what Debby had engineered, sat silently watching this compendium of developments and startling revelations. All the time wearing a look of skeptical disbelief while Debby and I laughed at the quick success we had achieved. Finally, this girl I came to learn was named Annie, looked at me and asked, “weren’t you the guy that was sitting behind us when we got here?”, my first clue that nothing ever seemed to get past Annies’ head without being analyzed and recorded. I confessed I was, in fact, that guy. Debby went on to explain to her that I was really not another previously unmentioned ex-husband and what the plan had been to rid them of the off-the-reservation hombres. That was how I met Annie, and I am truly very thankful that I had not left for Seattle a little sooner.

After a short time, we left the Crow’s Nest, and I agreed to drive Annie to Debby’s home. The drive was long but much too short. Annie, dressed in kind of native American style, was really enjoyable to talk to. She clearly was very smart, confident, and exuded a sense of happiness that was really nice to be close to. After dropping her off at home, as I drove through the Santa Cruz mountains I thought, it might be nice to talk with her again. That second conversation took some work that included a certain amount of imagination on my part and the help of friends. The details rest somewhere between embarrassing and modestly illegal by today’s standards, so we will skip over that part.

I don’t really think too much of todays’ standards anyway. I know, I know, it’s’ not fair to skip over the juiciest parts, but it is the prerogative of the author to cover their own tracks to enhance their own interests. So, I’m doing that. See? I just did it. Anyway, not too long after meeting Annie, I talked to her by phone and told her I would like to stop by. She said, “that would be great, except I need to walk my wolf. Would you like to come along?”

Something about “Walk her WOLF” sounded just a bit odd, not the typical rejoinder one gets from a beautiful young lady on an average day. Thinking that it was probably slang for her chihuahua or maybe the tactic she had come up with for getting rid of unwanted admirers, I said, “sure, no problem, I’ll come right over”. 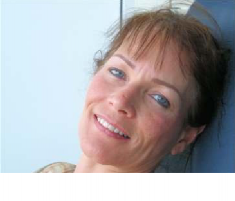 Pulling into the driveway, I encountered Annie. At her side, rather than a chihuahua or your average girly shih tzu, was a very large, lanky, keen eyed grey timber wolf that didn’t quite look at you as much as it measured you. It seemed as if the wolf had several optional uses in mind for you and was trying to decide which one it was in the mood for.

Vaguely remembering that Timberwolves have a bite pressure of something around 1,500 pounds per square inch, I figured what do you have to lose, except maybe an arm. So I went over and greeted this coiled grey knot of nervous energy, the wolf, not Annie, she’s not grey. The wolf and I kind of liked each other. It turned out Annie, from time to time, took care of the wolf for a friend, Annie and that the wolf had really taken to her. Well, so had I. It was understandable. So, if a beautiful girl ever offers you the chance to help her walk her wolf, remember, it’s not necessarily a bad thing. At the same time, don’t make any quick movements.

Not long after that, Annie and I went on our first date, 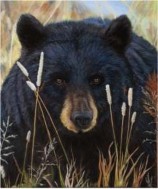 which was over 25 years ago, and we are still on our first date. She never went home. Annie also claimed to like fishing, and you know what? She really did. We ended up spending our lives together, her a talented and skilled artist in various mediums, an unsurpassed chef, an absolute dead shot with firearms, and an ever-willing and irreplaceable companion when the decision to do batshit crazy stuff is undertaken. Some of Annies’ art is scattered through these pages.