Over the years Annie and I traveled around the world together, for business and pleasure, taking in new acquaintances and ideas as well as indulging our mutual craving for interesting new food. Our favorite destination was Tokyo. This is how it went.

Tokyo, a place we enjoy most and a place we traveled to frequently in the software business. In those times, Asians by in large, with Japanese and Chinese in particular, highly valued software far more so than their western counterparts and were more likely to enthusiastically pay fair value or more for its use. Generally, Europeans are on the opposite end of the spectrum, perhaps finding a pencil the traditional tool of choice for keeping track of everything. I am certain that when the Large Hadron Collider first discovered a higgs boson, rather than having software to capture and analyze the particle, they almost certainly just circled it with a pencil. I will also mention I found Europe to be a bit untidy. In my view, they should consider getting a cleaning lady.

However, as luck would have it, the software industry found me in Tokyo. Not often enough to be to my liking, but often enough to find real enjoyment there. Several things made Tokyo so favorable, in my view. The first being that the people of Japan are, for the most part, very friendly, kind, and willing to help if you look like you need it. 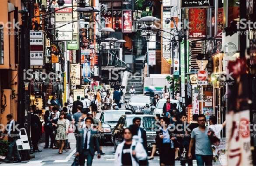 If I stood staring at a sign for any short period, almost on queue, some very nice person would approach, and in very good English ask if they could direct me to my destination.

This differs to some degree from my experience in New York City, a place I also used to visit a great deal. No offense to New York, but it seemed to me if you paused to look at a sign in New York City, the likely outcome was you’re being mugged, thrown into the street, and subsequently hit by a taxi cab that, after running over you at least once, would race off to some highly self-important destination without stopping. But New Yorkers being who they are, in my view a great bunch of people that utilize immediate hostility as a keenly honed art form and survival tool, it would make no sense to take their behavior personally.

A second highly appreciated feature of Tokyo was the food. It was wonderful. It seemed to matter not what kind of food, whether Indian curry, beef steaks, fried chicken, or donuts, everything always seemed to be perfectly prepared and presented. And, that coupled with the friendliness of the people made for enjoyable memories. I recall finding a small and very old teppanyaki restaurant close by our hotel on one visit. A row of chairs surrounded the large grill, and an elderly Japanese man would cook what each customer requested, one item at a time, assisted by his wife. She kept everyone well looked after with needed dining accessories and gigantic bottles of beer!

The customers seemed like “regulars” from the local neighborhood, and the air was filled with laughter and loud discussion. The food was absolutely fantastic, and teppanyaki, with each dish arriving hot just off the grill, is simply some of the best food in the world. As a result, Annie and I returned the next day for another dinner. This time people took notice of the “gaijin’s” at the end of the grill, and, many questions ensued, politely translated by one of the other regulars. By the third night, we were considered regulars. We became part of the laughter and animated discussions of politics, human society, and the general state of the world. At the end of our third visit, and upon everyone learning that we would be leaving the following day, the owner and other customers patiently explained that we would be missed and thanked us for visiting them. In a way, this came to be for me, Japan.

Lastly, in my time there, Tokyo was clean. As big cities go, it was remarkable. I usually stayed close by Akasaka, a district of Tokyo near the Akasaka Palace. In the small local neighborhoods nearby, early each morning, the merchants meticulously cleaned their store fronts, sidewalks, and even the narrow streets in front of their businesses, sweeping and picking up litter and cigarette butts so the street started the day fresh and uncluttered. In general, everything you encountered in your daily travels was clean. Subway cars, taxis, building floors, door handles, and elevator cars, it all seemed to be on someone’s maintenance list. And, along with knowing how to run a country, the Japanese love software. What could be a better place to find one’s self?

From the early “punch card days” of the 1970’s software industry up to the time that I left the industry in the 1990s, (what I fondly refer to as the beginning of “The Hedonist Period” for the industry) I really enjoyed most or all of its aspects. Indelible memories of engineers babbling on about how the product wasn’t “The First Software Was Not Written, But Punched, Like This” ready yet, hopelessly mixed-up decks of punch cards with hanging chad (yes, Al Gore didn’t invent hanging chad), and 5 kilobit core memory board upgrades costing $25,000 that didn’t remain happy around magnets.

These were the kinds of issues lucky people like me got to be around and attempt to keep some control over. Who knew that a Belgium software engineer working in the U.S. on an H-1B visa could attain such heights of unique fragrance in only a short week of not bathing? Fortunately, no software engineer 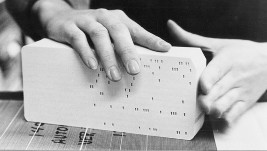 worth their salt would consider showing up for work before 10 in the morning, so at least for your morning coffee, one was free to enjoy the pleasantly acrid smell of ozone wafting from the electronics.

There is one aspect of the software business that simply cannot be overlooked. That is, once the software is written, you can make as many copies as you want for almost nothing, and you will never run out. You will never see an ad from a software manufacturer saying, “Hurry, Only 3 Left!”. The amount of money to be made in that business was staggering, and with it comes more fun than anyone should probably be allowed to have. Thus came “The Hedonist Period” that continues today, as far as I can tell. However, much of the more sought-after debauchery has been “offshored” for lack of a better term. In fact, I knew a British fellow who was Vice President of Marketing for a middle-sized software company. Over time I noticed he usually began his Asia business trips with a few days in Bangkok.

One day while having lunch with him and several of his staff, I again demonstrated how naïve and obtuse I could truly be. I asked him, with all sincerity, what customer he found so interesting there because I didn’t know any existed in Thailand. After an uncomfortable silence by all in attendance, he said it was “a health-related company” and somewhat stiffly changed the subject. Several days later, and with help from sympathetic friends, I finally got it.