My parents had given me wonderful knowledge and a sense of purpose, so now it was my opportunity to do something with it. Things were progressing smoothly while growing up until a flurry of events occurred that changed all of that. 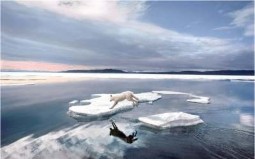 At 14 years old, a vertebra in the middle of my back was crushed in a gymnastics accident. Not long after this accident, my mother passed away unexpectedly, and as a result of her passing my dad decided he and I would immediately move back to Wisconsin from Colorado. So, that brought a startlingly sudden end to my success at athletics, my mother whom I greatly relied upon for many things, and my friends, all of whom were in Colorado. Things like that kind of have a tendency to pile up, and without much planning or forethought, and at no fault of my dad, I simply left home. I was eager for a change of venue and to get started with my life. But before going too far down that road, I’ll start from the beginning…

When I was 8 years old, my dad, unable to find machinist work in Wisconsin, took a job in Denver, Colorado, at Ball Brothers Aerospace. He made parts for ejection seats to be used in B-52 bombers. After some months, my dad had my mother sell our house in Wisconsin for close to $6500, and the year was 1956.

She and I then traveled to Colorado by train to join my dad at a little rented house across the road from the Rocky Mountain Arsenal in Derby, Colorado. This was a scattered neighborhood of mostly Mexican families and packs of wild dogs on the very edge of the open prairie. The prairie was windy. When the winds came, sometimes called Chinooks winds, blowing with gusts often in the 60-100mph range for days on end. Tumbleweeds would pile up many feet deep alongside any obstacle that dared to challenge their rolling journey. The fence of the Rocky Mountain Arsenal across the road from our house was usually the first such obstacle. For a boy from the north country in Wisconsin, adjusting to this new place was challenging. I soon learned that, in addition to the environment, finding friends was unlikely without speaking Spanish. ​​ But, alone was ok, I was used to that.

Beginning school in Derby, I found a completely different world than what I was accustomed to. Students were rebellious of authority, fights were the daily norm. Not carrying a knife put you amongst the membership of a very small and usually terrified group of “gringo” kids that made every effort to remain invisible while in plain sight. 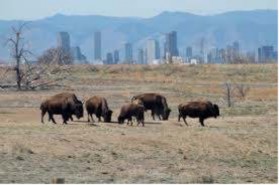 As it turned out, Derby was a very interesting place, with the town made up of mostly dirt streets and homes, often spaced hundreds of feet apart on a bone dry sand-blown prairie. Calling them “homes” at all was only to refer to them in a largely spiritual sense. Most were The Rocky Mountain Arsenal near Denver, basically broken-down shacks. Many had corrugated steel metal roofs that screeched and rattled in the wind. Their exteriors were festooned with creative materials utilized to simulate windows or curtains. A common theme of landscape art included worn-out tires and dangerously rusted swing sets.

The town’s population, greater than 80% Hispanic, had only a few nicer more conventional homes. The poverty was grinding. Packs of dogs, sometimes numbering up to 50, roamed the neighborhoods, drifting in at dusk from the wild expanse of the arsenal, in search of food. The abundance of street gangs that most kids belonged to out of the need for protection rather than expression, along with the local canine hazards, precluded leaving the house after dark. Leaving the chain-link fenced yard at any time was ill-advised at best.

Frankly, Derby was a community unaffected by its relative proximity to the civilization of Denver. I recall no instance of a police or sheriff’s vehicle venturing onto our road when I was there. Denver simply ignored that Derby existed at all. I recall several Hispanic children who fell 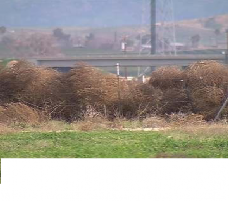 victim to the dog packs, losing their lives. They were simply ignored by the local media and public officials. After all, it was a Mexican neighborhood. No one in authority really cared. Not much had changed in Denver since Chivington’s time and Sand Creek. We lived in Derby for two reasons; my dad was out of work for a great long time due to a labor strike in Wisconsin, which ultimately resulted in the permanent closure of the Presto Industries plant there.

The second reason we lived there is that, like me, my dad was a perpetual and unrepentant optimist who probably would have looked at the little house, considered the very low rental price, and sprang upon the waiting opportunity, all the while completely overlooking the enormous pig farm a couple of hundred yards away. ​​ He also, I am sure, saw no need to inquire about anything else, like hazards of the community, neighborhood gang fights, or any of the other many things one might inquire about before moving into a community. He knew in his heart, “it was going to work out just fine.” ​​ I know this because this is what my reaction likely

would have been. Fortunately, I share my dads’ proclivity for unbridled optimism. However, unlike him, I had learned very early in life to surround myself with a group of friends and associates, ardent pessimists. Those friends succeeded in saving me from myself for over half a century to this point.  ​​​​ As most politicians constantly remind us, you can usually get away with being a moron if you have good advisors.

In the absence of any sufficient consultation with pessimistic resources available to my dad, and with my mother’s careful oversight 1500 miles away, we came to live in the charming little mecca that was Derby.

My mother hated where we lived from the moment she arrived. Perhaps, for the most part, it was the pig farm “almost next door,” and my dad hated that she hated living there. It was not the best of times. We were relatively poor, unhappy, and far from the only world we knew as normal.The school year passed at a gratingly slow speed, 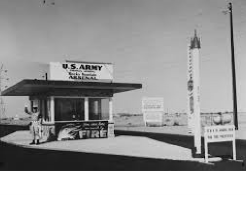 but for me, school actually turned out pretty well in the end, with good grades, successfully not being knifed, and teachers viewing me as a standout student. To achieve the distinction of being a standout, it helped to have virtually no competition from other students.

Many of the other students spoke little English at all, and they were much more focused on gang pride, fighting, and “novias” (girlfriends), in that order. In the end, I had fond memories of my time in Derby. I learned to live beside another culture, hone several very different but necessary survival skills, and develop the beginnings of a lifelong admiration and enjoyment of Hispanic people. They are a kind and durable people worth knowing.

After a year or so, my dad succeeded in finding a new job at Dow Chemical Rocky Flats Division. His new job was machining nuclear warheads from plutonium and enriched uranium. This meant that we could abandon the environs of the pig farm and wild dogs to relocate ourselves in a newly purchased small older home in Boulder, Colorado. This town, also well known as “Berkeley East,” was home to an abundance of rabidly political intellectuals, true revolutionary professors, life-long bohemians, and the original precursor long-haired hippies. These all became my ardent heroes, friends, and mentors, not to mention my Gin Rummy tutors.  ​​​​ Boulder was also home to one of the most notorious partying universities in the entire United States, Colorado University, or CU for short. Rich kids there could while away their time in higher education, fully devoted to Coors beer, smoking unusual substances and raiding the sorority houses for all manner of adventure without the intervention of parents or police.  ​​​​ This was, in fact, the movie “Animal House” in its most authentic incarnation. And this was to be my new home and center of learning.

Before arriving at Boulder High School, I spent three years at Baseline School down the hill from the university. This time of my life was wonderful. My dad and I were returned to our constant search for new dangerous places to fish. We spent virtually every moment wandering the mountains, searching for the perfect wilderness. We hiked where few people ever went and saw sights that were in some ways unimaginable. My dad taught me every aspect of trout fishing, wilderness survival, and philosophy he deemed important. We were constant companions, him talking, me listening, and I out fished him at times. We descended canyons 1000 feet deep to get to remote streams, then climbed back up. We often fished at or above timberline and watched thunderstorms form in the bowls of mountains below. To look down and watch a thunderstorm form below you is indescribable; looking down to the cloud tops and watching lightning begin its brief life. We explored old mines, learned the names and images of rocks, ore, and crystals, and spent a great deal of time in utter silence, completely taken aback by our surroundings. That is how I will always remember my dad, in the mountains, completely at home with the wilderness.

Unfortunately, during this time, I broke my back and lost some ability. Still, my dad expected me to keep up and keep pushing, not letting pain change my life. As far as I know, I never did. 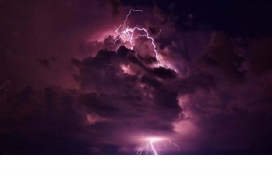 When I was young, 5 or 6 perhaps, my mother was in the hospital and almost died from her hypertensive condition. While there, she told other family members that if she could just live to see me in high school, she would be happy. My mother passed from this earth in 1963, as she and I sat alone in our living room one afternoon. She had just returned home after traveling by city bus from where she worked. She sat in her favorite chair and we discussed the events of our day, as we were oft to do. She began leaning slowly to the left and asked if she could have a glass of water. When I returned with the water, she had slumped to the side and could not speak understandably. She was a stout woman, so, as best I could, I carried her to her bed. As I put her on the bed, she looked at me, her eyes very frightened, and then her eyes closed. She was gone. It was the first month after I began high school. At 15 years old, I began the worst year of my life, one bad year.

My mother’s death left my dad completely lost, haunted with guilt at her unhappiness, and losing patience as we all do when we age. Out of the lack of any better idea, he decided to retire and move back to Wisconsin. In a moment of complete despair and annoyance at my behavior of detached flailing, he yelled at me, “it was your fault she died, you know!”. ​​ He didn’t mean it; he was lost himself and just felt like striking out at something. I was conveniently there. But, I was all too ready to be receptive to that view, having felt I had totally failed my mother in some way.​​

After all, nobody told me she could just simply die some afternoon. If they had, I could have had the opportunity to be the perfect child. But they didn’t, and I wasn’t. I found my new world completely hopeless and my mothers’ death impossible to acknowledge. So, I simply followed along with these new events in kind of a state of stunned silence. It was indeed the worst of times.