To digress, now married and with the accompanying needs and demands, life in Silicon Valley began. I soon found work as a delivery truck driver for a blueprint company. At 17, it seemed there weren’t many employment opportunities. I had not anticipated that. 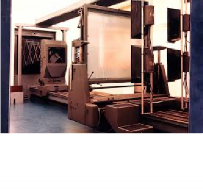 But I found myself working for an older business owner named Maury Russ in Palo Alto, California, at a little company called Sedco. Maury, most memorably, was the consummate salesman and an entrepreneur. He was a portly and graying Jewish fellow of about 60 years old, and he drove a gold Cadillac Eldorado with the enthusiasm of a Nascar rookie, finding all other drivers on the road as annoying impediments to his forward progress. Before the entrepreneurs of Silicon Valley appeared, Maury showed what hard work, determination, and forward momentum could get you. Aside from driving the delivery truck, Maury would have me sort unclaimed freight he would buy at auction to see what we could sell to come out ahead on the deal. Maury would bid on contracts for printing and industrial photography work, mostly to Lockheed Missile and Space, that we had almost no possibility of fulfilling. Occasionally he would win one of these contracts. It was then up to me and another confused, yet wildly optimistic, older Australian employee named Bill Schell, to give it our best shot. This was a wonderful job, and Maury taught me about business. To Maury, business was the highest form of adventure in life, renewed every morning simply for his challenge and entertainment, and that is what he taught me.

When finally reaching 18 and able to get a better job, Maury took my leaving with more than generous good wishes and the encouragement of, “kid, you’re going to go far!”. Maury was like that. According to Maury, every endeavor he or those that he cared about undertook, was going to work out stupendously. But it did also leave me wondering why people kept calling me “kid.”

At 18 years of age, I became an industrial photographer for Applied Technology Incorporated, a defense contractor located close by that manufactured counterintelligence and radar jamming avionics equipment for the United States Air Force. To this day, if you read about wartime news, you will read about “Wild Weasel .” It still confounds our enemies to this day, and Applied Technology Incorporated invented much of it.

I worked at ATI for 3 years, being awarded a top-secret clearance along the way and a nice article in the company newspaper proclaiming that I would probably do well in my career. While I worked at ATI, I attended De Anza College full time, studying Philosophy and Psychology. My lack of high school education was being papered over with the benefit of a great college employing wonderful, and fairly famous faculty in Cupertino, California. My enjoyment of studying philosophy taught me many invaluable concepts that have always served me. One of these realizations, the many winding pathways of philosophy come to an end at the doorway of necessity. As you pass through this door, be sure to grab a brochure on creative rationalization, it will come in handy later.

While I passed my days going to school by day and processing photographs of advanced electronics by night, a new industry was just beginning within a couple of blocks of ATI. A few little companies like General Micro Electronics, Fairchild Semiconductor, and Intel Corporation had set up shop, seven in total, and were beginning an industry called microelectronics. I understood they used microlithography, and I understood what that was being an industrial photographer, so I watched with piqued curiosity as these little companies struggled for a foothold. 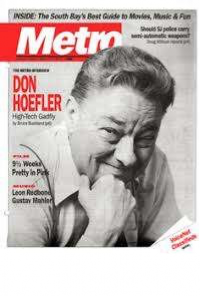 There came a day when events overwhelmed me. I had just completed a shift rebuilding a photographic automatic processor. These machines are filled with hot photographic developer along with hot acetic acid, smell truly hideous, choke one’s lungs, and make for a uniformly horrid existence while in their presence. In a moment of completely overwhelming despair, with long chemical caked stringy hair, thoroughly stained cloths, and smelling like a moving banquet of rotten eggs, I walked across the street and in the front door of MicroMask Incorporated, a microelectronic photolithography manufacturer and announced to the receptionist that I wanted a job.

I’m not at all sure why law enforcement wasn’t called; it would have seemed justified. Instead, I was ushered into the office of a smartly dressed vice president of sales and marketing, and to make this brief, for some inexplicable reason that to this day we could not explain, he hired me as a marketing and sales representative, on the spot, for his new company, even though I smelled bad. In that instant I became part of the microelectronics industry and part of what Don Hoefler, a local industry gossip sheet journalist and friend of mine, would shortly thereafter aptly name “Silicon Valley”. So, in a complete accident of nature, my Silicon Valley life began.

On my first day of work, I was introduced to a diminutive bearded semi bald engineer that seemed to be moving so fast that all I really comprehended was a blur. Gene seemed to move at incredibly high speed in every moment he occupied, and this was only exceeded by how fast he talked. It seemed like English, I wasn’t sure, and figuring I was just faking this whole thing anyway, I opted to not provide any follow-up questions, simply nodding knowingly and moving on, a concept that served me well in my early days of high technology. However, his speaking speed held nothing competitively to how fast his mind worked. Gene was always three ideas ahead of his current sentence and could hardly wait to catch up. Frankly speaking, if God had to create the universe again, I think he would have to get someone like Gene if there was any chance it getting done right and on time.

In those times, Gene was an engineer and known as “Paul” Burke. He later changed it to Gene. I never asked why, thinking it might be an impolite question. I’ve never been very insightful about that stuff. “When in doubt, keep your mouth shut” was my working postulate. For some strange reason, Gene and I liked each other. Appreciating the desperate circumstance in which I found myself, Gene embraced the concept of building a chip together, and we set out on that mission.

I will interject here one fact the reader should take a moment to appreciate. If you happen to have a cell phone in your pocket, any phone, you will find within it somewhere between 10 and 20 of the things that Gene invented. They will likely always be there; they are always needed. So, you can read about Gene here and in many locations of scientific repository, but also appreciate, Gene is always right there, in your pocket, every day.

Gene and I built a set of photomasks from scratch (literally, in that you kind of scratch rubylith to start the process). When the masks were done, along with my training, Gene asked me to join him in making the chips themselves at his wafer fabrication facility at IC Transducers, Inc.. I leapt at the opportunity to learn more and to spend more time with Gene.

These first IC transducers were a technological marvel, incorporating characteristics of unheard-of accuracy and fabrication techniques that were completely innovated and never successfully tried before. I contributed a couple of lithography ideas from my industrial lithography work, causing Gene to claim I was a “fellow innovator”, but that was just Gene being Gene and was complete nonsense. Gene has always been far too kind to strays of any genus.

Gene has been my friend for over 50 years and is still going strong. Not too many years ago, he was voted “Technologist of the Year” in the MEMES industry (Microelectromechanical Systems). Gene was and is a true inventor and one of the true builders of Silicon Valley; he is one of the original entrepreneurs. Like so many other towering engineers before him, he shunned the limelight and commensurate riches to instead focus on building newer and more brilliant technology.

Several weeks after being hired, with my training completed, I reported for my first day as a brand-new photomask sales engineer only to learn that there was the confounding expectation that I would show up for work in a suit! I didn’t own one. After a quick meeting of the company management team, 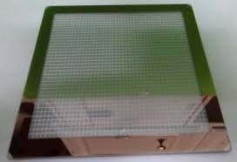 it was decided to, again, just make something up.  ​​​​ And so, I was awarded a “suit allowance” to be repaid “in due course,” whatever that meant. Apparently, the concept of simply firing me and hiring someone that, not only owned a suit, but also had even the most modest concept of what the company products were, simply escaped this management team of Silicon Valley pioneers.

Maybe this entire undertaking was so humorous to them that they refused to consider discontinuing it. But much to my benefit, the idea never seemed to occur to them, and the experiment of what happens when you give a monkey a typewriter moved forward.

Most of us have heard of Silicon Valley; it is difficult not to have, being a worldwide legend in many ways. However, what is not widely known is that there were several iterations of Silicon Valley, and I will explain three of those distinct times here.

The first Silicon Valley was a small place, made up mostly of onion fields, apricot orchards, and a few microchip companies scattered about started by the fondly remembered “traitorous eight” (early scientists and engineers). This group formed the early days of Fairchild Semiconductor but soon went on to individually found several of the initial chip companies in Silicon Valley. This first generation of the valley had two unique characteristics. None of these companies really made any money, and they all existed in a two-year cycle of boom and bust. The only real customer for chips was NASA and a few other esoteric endeavors, so there was not a great deal of business available, and what business did exist was fought over ruthlessly. 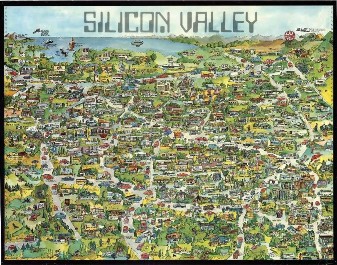 The second iteration of Silicon Valley was formed around the spinoffs of these original few companies by their employees. It was easy to feel “revolution in the air” at that time. The idea of entrepreneurship, even though that word had not been put into wide use yet, was on every creative mind in the industry. The founding of ones’ own company became the natural progression of any ambitious career plan. This second evolution of the industry blossomed into some 50-60 companies. It took on the real form of a true industry as opposed to some small cottage industry. In those days, a company had to make money in order to become publicly traded. Many of these companies finally achieved that goal. However, profits were not significant, stock prices were low, and there was still a two-to-three-year cycle of boom and recession that made working in the chip business a roller coaster ride. Not many millionaires were made, but things were finally beginning to look serious.

The first chip to be used in a car was announced to great celebration and excitement! I remember this earth-shaking news being announced. It seemed like some kind of rite of passage had been achieved and that chips might truly be here to stay!

The third permutation of Silicon Valley more resembled what the valley is today. A conglomeration of not only chip companies but software, hardware, and a myriad of other high technology products and services. Flooded with venture capital, this industry is unrecognizable compared to the early days, with “going public” a first-order task, profit a messy detail, and a flood of people, money, and ideas creating the future rather than trying to anticipate it.