Early in my Silicon Valley journey, I decided to live on the ocean, far away from Silicon Valley. When I left my job in high technology for the day, the world I returned to every evening did not look like Silicon Valley at all. Nor did it smell like Silicon Valley or entail the sounds that emanate from and pervade a growing and booming business center. Car horns, loud fast-paced conversation, and thundering jets overhead being just a few of the auditory stimulus that one is bombarded by, and eventually succumbs to no longer notice at all, in such places.​​

Silicon Valley, in those times, when it wasn’t smelling heavily of catsup and fruit cocktail from the local Del Monte cannery, it smelled of photoresist all the time. Photoresist is the substance silicon wafers are coated with to make them ready for manufacturing steps of deposition, etching, or other processes. “Resist” as it was loosely called, was processed with a solvent called xylene, the number one carcinogenic amongst chemicals on the list maintained by the Environmental Protection Agency for many years. It has a sweet, pleasant, and highly recognizable odor right up to the moment it kills you. That is what you faintly smelled, everywhere, every day, in Silicon Valley in those times. Maybe today there are worse toxic brews topping the list, but xylene “was not your friend.”

To escape this and perhaps have some hope of remaining nominally sane (a failed endeavor, of course), I called the little town of Capitola home. Capitola-By-The-Sea, as it was called, was about 40 miles from the logical center of Silicon Valley, that place being aptly named Middlefield Road at the time. Capitola was nestled in a 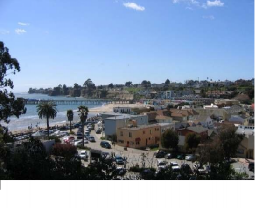 small coastal valley at the mouth of Soquel Creek, just a few miles south of Santa Cruz. This little village was not on the fast track to anywhere. It was more so a throwback to another time. A time when broken sagging streets, perhaps displaying a horses’ parting gift, might have been considered one of the better thoroughfares. A 600 square foot house was considered a large and spacious castle. The town was not for those leaning into the future, rather, for those much more inclined for a retreat to the past.​​ When I moved there around 1969, the town was referred to by the self-defined elites and high brows of Santa Cruz County as “Crapitola.” You could buy most of the neglected two-block downtown area of the village for not much more than what a small house in “The Flats” of Capitola sells for today.

Flying in the face of the Santa Cruz purveyors of snobbery was the quiet knowledge possessed by all Capitolans of the day, that Capitola had it all! We had a cozy beach, and even though it washed away every winter, thanks to the citizens of Santa Cruz’s greed for a harbor and jetty, trucks could put it back every spring. We had broken-down art galleries along the two-block main drag that were truly “quaint”, and were from time to time made even more so by the ocean waves that swept through town by exceptionally large storms. Yes, when a storm came into town, it quite literally “came into town”! On such occasions, any floating log entering your establishment through the front windows was considered your property, to be done with as you please.

Skeeball could be played on the beach boardwalk with abandon, using balls that were once round. The best steak sandwich and fries in anyone’s memory could be counted on from Babe Yabobovich’s little ordering window at the Bandstand eatery right at the beach. The police department had 3 officers, if everyone showed up for work, and a patrol car that was prominently marked. 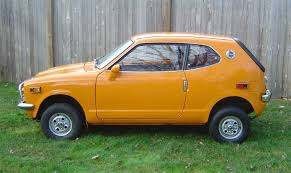 Lastly, we had no end to characters. We had a town drunk that carried out the role with dignity. At times, returning home well after midnight, I discovered him lying in the gutter, having failed his attempt at the Depot Hill grade, and I stuffed his 300+ pounds girth into my 600 Honda Coupe to safely return him to his eternally patient and forgiving wife. His great mass in my tiny car left no room to reach the floor shifter to get underway, so the journey was undertaken in first gear.

We had a village idiot who reminded us daily that we should be grateful for our lives and if you elected to perform a good deed on that day, there he was, a hardy volunteer offering himself to aid in your quest. We had a retired and often inebriated sea captain, Captain “Red” Adams, to regale anyone willing to lend an ear with tall tales of daring upon the high seas. Then there was Babe, the local restaurateur. In his 70s and 80s, he would celebrate many small but contentious city council meetings by tipping over furniture to deliver his views with fists. We also had Mayor Graves, a short, round, roly-poly mayor, the perfect mayor. He was always prepared to expound, on a moment’s notice, and at length, on the unlimited virtue and perfection that was Capitola-By-The-Sea. Nowhere could you find a better, more complete, and perfectly populated small town than this one. It lay wedged there in a by-gone era waiting for those few fortunate to have found it to drink in its endless nostalgias.