The software business is an interesting place, just look around. Some of the most prominent names in the industry are people like Larry Page, Steve Jobs, Wozniak of course, and the sentence is not complete without mentioning Bill Gates. It has been overflowing with brilliant minds and creative spirits from the beginning, with one of the most revered early pioneers being my friend Dr. Allen Baisuck (pronounced “basic” kind of), Just Al to his friends.

Software, much like chips, found many of its most early users being organizations like NASA and the semiconductor chip industry. In those very early days, the space was dominated by a very few companies, IBM, Control Data, and Sperry Univac, being just a few. But, some very bright people realized you could write software in your basement with almost no money and then sell it to people for maybe a lot of money! So, the early pioneers founded the tradition of entrepreneurship in this new industry, and what would become one of the largest and most profitable industries ever known to man was born.

Into this new vista came a young and very bright guy with a shiny new Ph.D. from Rensselaer Polytechnic Institute and dreams larger than most. It is worth noting that at the time, and up to today, if you are going to get a degree entailing computer technology and software, Rensselaer Polytechnic is the place to have it from. That degree will open many doors and make you the envy of most computer geeks of this genre. It was kind of the equivalent of having an MBA from the Harvard Business School, only for software people. This new young Jewish fellow from New York was my dear friend Al.

Al was many things. First, he was one of the most analytically brilliant people I have ever met, and no one I have met that knew Al would disagree. Al had kind of blithely aced his SATs’ with his math score setting a new record of 790 at the time. Al also generally found vexingly complex logical operations problems little more than minor yet very interesting inconveniences. He was also polite to a fault save for an occasional bit of artful sarcasm, highly polished in his appearance, and truly one of the funniest people I have ever known. Al was much-liked by all. I often recall someone calling out in best cheer, “Hey, it’s Baisuckly Al!” when Al entered the meeting room. He also had a knack for making everyone in the same room “feel good,” and like they were part of something important.

Al didn’t start out slow or small. After his schooling ended, he soon became the architect of the first design verification software ever created for semiconductor devices. I’ll explain. Semiconductor devices are complex and expensive to design and manufacture. Today, for instance, a chip like the one in your cell phone may have one to several “billion” transistors. Each transistor is a small set of geometries making up a kind of a nanomachine, essentially, a switch in simpler terms. Each transistor has to be defined by some means in a design, then checked for accuracy.

What if you end up forgetting to add one transistor to the design? In a rather funny way, it happened to a chip designer friend of mine. Funny to others, not so much to him. This designer had been “borrowing” tested and finalized designs to copy them from his friends in other companies, so he didn’t have to work as hard. 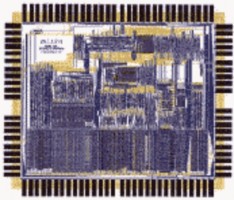 His management were amazed that for some reason his designs always seemed to work the first time, every time, so they didn’t spend much effort checking his work after a while because time to market was a big deal. His friends decided to give him a design intentionally missing one transistor. They thought it would be funny. Because of his reputation for perfection, the chip made it through manufacturing and was packaged before the error was caught. A meeting was called. In the center of the conference room table was a large pile of bad packaged devices and bad wafers, neatly stacked in a tidy but large pile as a monument to the significant loss of money the error represented. I was invited, because my company made the photomasks, to attend this meeting of all of the senior management of this designer’s company. It seemed there was the question of whether the original design was drawn wrong or my company had somehow altered the design by accident to produce the error. In other words, there would be only one execution that day, and the executee was to be either the designer or me.

As the company executives in this large ornate conference room counted the transistors aloud and one by one, the designer stood cowering in the corner kind of trying to blend in with the draperies hanging there. I tried to cower as part of the larger group around the table with the fleeting thought that perhaps I could save myself by taking hostages. As the count of the transistors drawn on the original design continued, audibly increasing in volume as it approached the end, the outcome was unavoidable.

The design was drawn with 1,023 shift register bits, not 1,024. It did not end well for my friend. I successfully resisted the urge to perform my rendition of “Snoopys’ Spring Dance”.

Forgetting a transistor is not good, and as a result, somebody has to not only check to make sure they are all there, but that each transistor is accurately designed in relation to the other billion or so transistors nearby, and that each transistor is not affected, in a myriad of quantum and mechanical ways, by all their neighboring billion or so brother transistors on the chip. ​​ I’m sure you get the idea that this is work for a computer, a very BIG computer, rather than the afternoon project for a couple of casual laborers with pocket calculators from the local temp agency.

Next, once the design is done, you spend anywhere from $20,000 to $1,000,000 for a set of photomasks that miniaturize your design and make it ready for manufacturing. Following close behind is the wafer fabrication process where the chip is born. The expense for this is often in the millions of dollars and, of course, there is that old “market timing” dilemma wherein if you miss the market window by weeks or even days, your chip is not designed into the next great fully automated and wifi enabled foot massager, and as such, nobody buys your chips. Bottom line, if things go wrong you are out somewhere between a few million dollars you already spent and several hundred million in sales you will never get. Let us hope that even if all these above tasks were followed carefully and with great speed, that some distracted engineer along the way did not make some small error in the device logic, causing your chip to massage feet in the wrong direction. Yikes! This all sounds really difficult!

Into this maelstrom of risk and uncertainty came Al Baisuck. To briefly explain what Al did, he designed computer software to not only count all the little transistors, but also to check them for design accuracy, and to then, without even building the chip, figure out if the chip is going to work right and if the chip was successfully designed to do the job it was intended for. All without having to actually build the chip! This was arguably one of the really significant innovations in the history of semiconductor design. The chips really couldn’t have gone much bigger without this one idea.

Taking his new idea, Al, along with some brilliant acquaintances of his, founded Phoenix Data Systems, Inc. in Albany New York, where they developed the product, Maskap, the first design verification software program to exist. Phoenix Data Systems quickly grew to be probably the most highly valued, on paper at least, software company in the industry, and likely well beyond that industry.

Maskap became a must-have tool for chip design companies worldwide and spawned an industry that today holds enormous sway worldwide through companies like Cadence Design Automation, Mentor Graphics, Synopsis, and others. Today, the chip industry would not exist in its present form if it weren’t for innovations that made larger chips manufacturable.

I got to know Al years later when another company he founded, Pinebush Technologies, Inc., also in Albany N.Y., had developed a product that I subsequently convinced them to name HyperPlot. It seemed that, because chip design data files by then were so utterly large, there was no real way to print one. The design files were simply too much data. You could see your design on a computer screen, but unfortunately, there was no large and colorful “trophy plot” to hang in your lobby to brag about your massive and advanced chip. Or, simply just blow up a piece of the chip to take a closer look on a conference table. The Pinebush engineers, one in particular named Bill Hoover, considered this problem child’s play, and for him, it likely was. His effort divining complex yet tidily small algorithms evolved into a product that ended up selling to virtually every chip company in the world. It became the standard, kind of like “Ajax” for printing, and we sold close to eighty million dollars of that little product in the end. 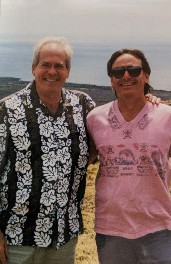 However, in the beginning, Pinebush really didn’t know how to sell this thing, and looking around, they thought of me. I had just finished my tenure as a division president of an aerospace company, Sierracin Electro Optical Imaging (EOI for short), and having come to my senses and fleeing, was looking for some new venture. I had met Al before, and he apparently heard things about me that were likely contrived or the results of successful bribes. At any rate, Al flew out to California from New York, and we met at my office in Santa Clara. He posited to me the virtues of this new product and wondered if I might be interested in doing something with it. From that meeting came The Shearwater Group, a company I founded for the purpose of worldwide software distribution to the chip industry.

By this time, there were a variety of small software companies sprouting up that were usually made up of a handful of engineers and little more, none having any idea how to sell their product to the chip companies around the world. So, The Shearwater Group met that need, becoming kind of like a miniature version of Capitol Records only for chip design software.

These small software companies could bring their application to us, and we would distribute it around the world. In the end, it was a great success, and I had a lot of fun doing it. I kept the business small so that it would continue to be fun and sold the business later to a fellow that worked at the company.

As time passed, Al moved to California, so we were closer, and our friendship grew. Eventually, I moved to Hawaii, and Al would visit me there. He became enamored with the place and eventually moved there himself. Unfortunately, and all too soon, Al was overwhelmed by cancer of unrelenting cruelty, and he left this world long before many like me were content to be done with him. He, his incomparable sense of humor and wise counsel are sorely missed.

The semiconductor industry lost one of the most brilliant software architects to ever touch a keyboard.